Jesuits indicate the Magisterium made a mistake

Fr.Jose Cecilio J. Magadia S.J is the present Provincial of the Jesuits in the Philippines appointed by the Father  General Adolfo Nicolas. He replaced Fr,. Daniel P.Huang S.J whose controversial address in the Philippines is mentioned on this blog.(1) His views are those of the Jesuits in general and could also be that of Fr.Xavier Hwang S.J , a professor and one of the Spiritual Directors at the chapel of the Gregorian Pontifical University, Rome. 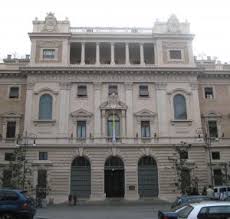 The Jesuits professors indicate, un-intentionally, that the Magisterium has made a mistake, an error which must be corrected.That the Magisterium has made a mistake is also clear from the work of a former Jesuit Professor of the Gregorian University , who is now part of the Magisterium, Cardinal Luiz Ladaria S.J.He is the present Secretary of the Congregation for the Doctrine of the Faith, Vatican.He has exhibited this error in two theological papers of the International Theological Commission(ITC)(2). They  were approved by Pope Benedict XVI.

Similar to Cardinal Luiz Ladaria, Fr. Daniel Huang in the address given in the Philippines, for the East Asian Pastoral Institute indicates that the Magisterium of Pope Benedict XVI,  made an objective error.It needs to be corrected.The error is a carry over from the Magisteriuim of Pope Pius XII, who faulted the Jesuit priest Fr.Leonard Feeney. Fr.Leonard Feeney did not accept the baptism of desire as a known exception to the literal interpretation of the dogma extra ecclesiam nulla salus.Neither did the Jesuits St.Ignatius of Loyola and St.Robert Bellarmine...

Fr.Daniel indicates that Pope Pius XII in the Letter of the Holy Office 1949  considered the baptism of desire etc as visible to us.An exception to Fr.Leonard Feeney.

So there were  exceptions to the dogma, for Fr.Daniel Huang.It means Fr.Daniel Huang  made a blunder and assumes the pope made the same mistake. He does not say this directly but implies it.


Blessed Pope Pius XII assumed that these cases now dead and saved with the baptism of desire etc, are also visible on earth for them to be exceptions to the dogma. This is the message of Fr.Daniel Huang and allegedly also by Pope Pius XII as interpreted by the former Provincial of the Philippines.


Fr.Daniel Huang's comments are accepted by most, if not all, of the Spiritual Directors at the Gregorian University. They would agree with the talk given by Fr.Daniel Huang. The Teaching Authority of the Catholic Church took it for granted that there were visible dead men walking on the earth.

This also has important consequences for morals as taught by the Spiritual Directors at the Gregorian University.There are known exceptions to mortal sin for them.Since 'deliberate consent' and 'full knowledge'(CCC 1857) are visible for them, there are three conditions to identify a mortal sin and not only one, 'grave matter'. (3) This is a new doctrine.

How can we see  or know Catholics sinning with 'deliberate consent' and 'full knowledge', for these conditions to be relevant to mortal sin ? This is a mystery. Another new mystery we have to accept in faith, according to the Jesuits,  is that every one needs to enter the Church for salvation (AG 7) but some known cases in the present times do not need to enter the Church(LG 16).
During the next semester at the Gregorian University  this year students will go to Fr.Xavier Hwang S.J (not be confused with Fr.Daniel Huang S.J) and other Jesuit priests. They will put aside Veritatis Splendor of Pope John Paul II.It  says the outer action indicates the inner intention and not vice versa i.e the outer action does not indicate the inner intention since we cannot judge deliberate consent and full knowledge.This is a new theory like the visible-dead one.


To reject an ex cathedra dogma defined three times, is heresy. To contradict the Nicene Creed ( I believe in three known baptism for the forgiveness  of sins and not one) is a first class heresy too.-Lionel Andrades

Catholic Christology without the necessity of the Catholic Church
http://eucharistandmission.blogspot.it/2013/07/catholic-christology-without-necessity.html#links

2.
The CDF officials are saying that the Magisterium made a mistake: it's not just me
http://eucharistandmission.blogspot.it/2013/07/the-cdf-officials-are-themself-saying.html#links

3.
1857 For a sin to be mortal, three conditions must together be met: "Mortal sin is sin whose object is grave matter and which is also committed with full knowledge and deliberate consent."-Catechism of the Catholic Church

Posted by Catholic Mission at 10:06 AM