Archbishop Thomas E.Gullickson contradicts USCCB : the baptism of desire is not visible to us and so is not an exception to extra ecclesiam nulla salus 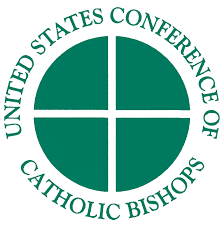 There is still no denial from the United States Catholic Conference of Bishops (USCCB) of a heretical and  objective error  they make in the interpretation of Vatican Council II and the Catechism of the Catholic Church.

It  was said in a previous post on this blog that extra ecclesiam nulla salus is central to our understanding and interpretation of Vatican Council II.

1.  If it is assumed that all salvation mentioned in Vatican Council II is invisible for us and visible only for God then NA 2, UR 3, LG 8,LG 16 do not contradict the literal interpretation of the dogma according to Fr.Leonard Feeney.Archbishop Thomas Edward Gullickson understands this.He knows that it is common sense.Deceased people in Heaven cannot be explicit exceptions on earth to all needing faith and baptism to avoid Hell and go to Heaven.

2. If it is assumed that these cases are visible for us in real life; we can see the deceased-saved in invincible ignorance in 2014, then Vatican Council II is a break with the dogma extra ecclesiam nulla salus and Tradition in general.This interpretation is irrational and is the one being used by the USCCB and the American bishops.It is common in the dioceses.It's also heretical. Since it changes the meaning of parts of the Nicene Creed.It denies a defined dogma.

So whenever there are references to Vatican Council II and the Catechism of the Catholic Church by the USCCB media,it must be noted, that they are using the irrational interpretation. They assume that the dead-saved in invincible ignorance are physically visible to us and so are exceptions to Tradition. They also contradict Archbishop Gullickson, Catholic priests and lay apologists who interpret Vatican Council II as not being ambigous but traditional.

The USCCB  in response to these blog posts has not denied that they are using an irrationality in the interpretation of Vatican Council II and the Catechism of the Catholic Church. While traditionalists do not criticize the USCCB  since they are making the same error .They include Robert Sungenis,Roberto de Mattei, Dr.John Rao, Christopher Ferrara, Fr.Nicholas Gruner etc. 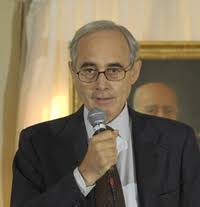 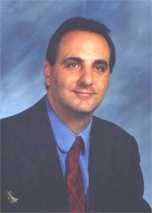 Catholic Religious contradict most Catholic priests and nuns : Nostra Aetate is not an exception to extra ecclesiam nulla salus
http://eucharistandmission.blogspot.it/2014/06/catholic-religious-contradict-most.html#links

Catholic religious contradict Bishop Fellay : Nostra Aetate is not an exception to extra ecclesiam nulla salushttp://eucharistandmission.blogspot.it/2014/06/catholic-religious-contradict-bishop.html#links
Posted by Catholic Mission at 10:29 AM