1.The Comitato dell' Immacolata and other organisations need to ask the Polish Ambassasors to the Vatican and Italy if they can in general see people in Heaven.They will answer 'No".
2.Then ask them if they know of people on earth who will be saved outside the Catholic Church, without 'faith and baptism'.They will say "No".
3.Ask them if they know of any one on earth in 2017 who will be saved in invincible ignorance or the baptism of desire ? They will reply "No".
4.Then ask them if they know of any one in particular who will be ( or is) an exception to the dogma extra ecclesiam nulla salus(EENS), which says all need to be members of the Catholic Church for salvation.The ambassadors will say there are no practical exceptions.
5.So it is irrational to assume that invisible people are in general visible on earth ?. The entire embassy staff would agree,"Yes, it would be irrational", they would answer.

Then ask the ambassadors why do Catholics in Poland or Italy have to assume invisible people are visible exceptions to the dogma EENS ? Let them believe like the Polish saints that there are no practical exceptions. 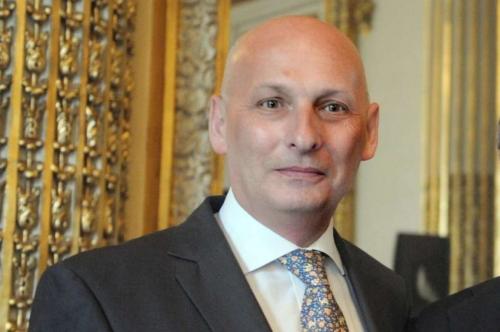 Ask the Vatican to allow all religious communities in Poland and Italy, and the rest of the world, to accept and proclaim that Vatican Council II is not a rupture with EENS as it was known to St.Maximillian Kolbe,St. Stanislaus Kotska, St. Faustina Kowalska and the missionaries in the 16th century.
Ask them to announce that the Franciscans of the Immaculate do not have to accept Vatican Council II as a rupture with the dogma EENS and the Syllabus of Errors of Pope Pius IX(1864).
Ask the Vatican to announce that outside the Church there is no known salvation in 2017.This is something obvious. So Pope Benedict XVI was wrong in 2016 when in Avvenire he said EENS was no more like it was for the missionaries in the 16th century, since there was ' a development' with Vatican Council II.
Ask the Vatican to stop the deception and lies on Vatican Council II and EENS and to affirm magisterial documents without the irrationality of invisible people being visible in 2017.-Lionel Andrades

From the 2nd April 2015 the duties of the head of the Mission are carried out by H.E. Ambassador Extraordinary and Plenipotetiary Mr. Tomasz Orłowski.


HEAD OF MISSION
Piotr Nowina-Konopka, Ambassador
Posted by Catholic Mission at 11:03 AM