Franciscans of the Immaculate (FFI) interpret all documents of Vatican Council II with the defacto-dejure, objective-subjective, in fact-in theory distinction

Franciscans of the Immaculate (FFI) must be aware that Cardinal Joao Braz de Aviz, Fr.Fidanzio Volpi, the FFI Commissioner and Sr. Fernanda Barbiero overseeing the Franciscan Sisters of the Immaculate   interpret Vatican Council II by not making  the defacto-dejure,objective-subjective, in fact-in theory,visible-invisible distinction. So their interpretation is irrational.They do not also make the secular- religious distinction in the interpretation of Dignitatis Redintigratio, Vatican Council II.
The FFI  can interpret all the documents of Vatican Council II without inferring that Nostra Aetate 2 refers to those saved with ' a ray of the Truth' who are visible to us on earth. They can clarify that the  deceased-saved (with 'a ray of the Truth'  are defacto not visible to us, in real life. They are accepted only in principle ( dejure, in theory,hypothetically)  so they cannot  become explicit ( defacto, visible, objective)  exceptions to the dogma extra ecclesiam nulla salus.

So defacto there are no known cases of a someone saved with 'a ray of the Truth'. De jure ( in principle) we accept it as a possibility known only to God.
With the defacto-dejure, objective-subject, in fact-in theory clarification we can interpret all documents in Vatican Council II as supporting Tradition. Without this distinction Vatican Council II emerges ambiguous, irrational  and non traditional.
If the FFI  are aware, Vatican Council II documents ( Ad Gentes, Lumen Gentium, Unitatis Redintigratio, Nostra Aetate etc) can be interpreted rationally, without inferring that there are dead-saved in 2014 who can be personally known to us.
The FFI must clarify that they affirm Vatican Council II and Tradition and their interpretation is different from that of the Vatican Curia.They can also point out the error of Cardinal Braz and Fr.Volpi. They both infer that what is dejure and known only to God is defacto on the streets of Rome.When  informed they may  not want to make this irrational interpretation of the Council.

When Vatican Council II is in harmony  with extra ecclesiam nulla salus, the result is traditional - even on  religious liberty. In a state with a secular Constitution , as mentioned in Dignitatis Humanae (DH) a non Catholic is de facto free to live and express his religion, while de jure (in principle), in faith, the Catholic knows that the non Catholic must convert into the Catholic Church to avoid Hell.
No text in Vatican Council II (DH) says that we have not to believe that in principle all political and social legislation must have Jesus as its head.We can still accept it  and proclaim it, even if the Church does not have the de facto power to implement it in a secular state.
Neither does the traditional understanding have to change in principle (dejure) on the Social Reign of Jesus, extra ecclesiam nulla salus etc.Vatican Council II in its text does not ask it of us.
FROM DIGNITATIS HUMANAE: 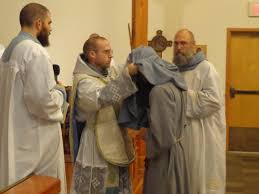 Non Catholics may not be prohibited physically.Morally and verbally we can express Catholic religious beliefs with freedom.This includes the teaching  outside the church there is no salvation, all non Catholics are oriented to Hell unless they convert into the Catholic Church.
Religious truth, in all its fullness, is found only in the Catholic Church.All political states should affirm Catholic teaching and be obedient to the pope or to a political representative of the Holy Father. De jure this should be the relation of the Church and state.Even though defacto now it is otherwise.


In a Catholic confessional state non Catholics de facto have no right to proclaim their religious beliefs through the media and political organisations.This is not true in a secular state and DH is referring to a secular state.

Analyse the text of DH here (Dejure means in principle, Defacto means in reality)
This Vatican Council declares that the human person has a right to religious freedom-Dignitatis Humanae  2
Lionel:

Defacto,yes in a secular state. In a Catholic confessional state, in certain ways it is limited or prohibited.
This freedom means that all men are to be immune from coercion on the part of individuals or of social groups and of any human power, in such wise that no one is to be forced to act in a manner contrary to his own beliefs, whether privately or publicly, whether alone or in association with others, within due limits.-DH 2
Lionel:
Defacto yes in a state with a secular Constitution, de facto no in a Catholic confessional state.  Italy is  a secular state. So this is accepted in principle ( de jure).
The council further declares that the right to religious freedom has its foundation in the very dignity of the human person as this dignity is known through the revealed word of God and by reason itself.-DH 2
Lionel:
In a secular state, Yes.In a  Catholic confessional state this dignity is recognised and a non Catholic has the freedom to live his religion.This was true in Italy when the popes had temporal powers. The permitted the Jews and other non Catholics to live and follow their religion.
This right of the human person to religious freedom is to be recognized in the constitutional law whereby society is governed and thus it is to become a civil right.
Lionel:
Defacto in a secular state.Yes.
This right... to religious freedom... is to become a civil right.Note religious freedom is to become a civil right in a secular state.
It is in accordance with their dignity as persons-that is, beings endowed with reason and free will and therefore privileged to bear personal responsibility-that all men should be at once impelled by nature and also bound by a moral obligation to seek the truth, especially religious truth. They are also bound to adhere to the truth, once it is known, and to order their whole lives in accord with the demands of truth


Lionel:
Dejure,yes they are all to seek the truth. The truth is found in only the Catholic Church (AG 7). De jure, yes.
However, men cannot discharge these obligations in a manner in keeping with their own nature unless they enjoy immunity from external coercion as well as psychological freedom.

So even though Cardinal Braz and Fr.Volpi interpret Nostra Aetate 2 as a break with extra ecclesiam nulla salus and Tradition, the FFI can interpret it as being in harmony with Tradition.
Even though the Vatican assumes Dignitatis Humanae is a break with the dogma on salvation and Tradition, for the FFI it is a continuity with Tradition.
Though the Vatican Curia do not mention Ad Gentes 7 which says all need faith and baptism for salvation, the FFI can proclaim it in mission and evangelisation, inter religious dialogue and ecumenism.-Lionel Andrades

How does Dignitas Humanae square with the Syllabus of Errors?


DIGNITATIS HUMANAE DOES NOT CONTRADICT THE CHURCH'S TRADITIONAL DOCTRINE http://eucharistandmission.blogspot.it/2013/01/dignitatis-humanae-does-not-contrdict.html#links

Posted by Catholic Mission at 3:07 PM