The Franciscan Sisters made an appeal to the Tribunal of the Apostolic Signatura against an arbitrary attribution of power and the Signatura admitted they were right by limiting the Apostolic Visitator’s power .
The Visitators told the nuns... they urgently needed a “re-education” program according to the criteria of Vatican II.-Rorate Caeili

Franciscan Sisters of the Immaculate appeal to the Tribunal of the Apostolic Signatura with the following facts.

1. The Excommunication of Fr.Leonard Feeney, if it was for Catholic doctrine, was a mistake since cases of the baptism of desire and being saved in invincible ignorance are not known in real life. They are invisible for us. Invisible cases cannot be exceptions to all needing the baptism of water for salvation in 2014. They are irrelevant to the literal and traditional interpretation of the dogma extra ecclesiam nulla salus. It  is common knowledge that we cannot see the dead who are now in Heaven.Even a non Catholic will tell you that if something does not exist it cannot be an exception.
2. So there was an error in the Catechism of the Catholic Church(1257) when it says with reference to the necessity of the Baptism of Water that 'God is not limited to the Sacraments'. Upon this error the Balamand Declaration of the International Theological Commission (ITC) says there is no more an ecumenism of return (N.30).While Christianity and the World Religions and The Hope Of Salvation for Infants who die without being baptized of the ITC wrongly infers that there are known exceptions to the literal interpretation of Fr.Leonard Feeney.
3.The Letter of the Holy Office 1949, during the pontificate of Pope PIus XII,  was wrong when it inferred that the baptism of desire/ implicit desire and being saved in invincible ignorance  were exceptions to the traditional interpretation of the dogma extra ecclesiam nulla salus.It was an error when they expected Fr.Leonard Feeney of Boston  to claim that he could see persons saved with the baptism of desire and invincible ignorance. He correctly refused to state that there was known salvation outside the Church i.e there was someone who did not need 'faith and baptism' for salvation.
4.Similarly those saved with ' a ray of the Truth'(NA 2), imperfect communion with the Church(UR 3), invincible ignorance(LG 16), elements of sanctification and truth (LG 8),substitit it (LG 8), seeds of the Word (LG 8) etc are invisible for us. So they cannot be exceptions to the dogma extra ecclesiam nulla salus and Ad Gentes 7 which says all need faith and baptism for salvation. 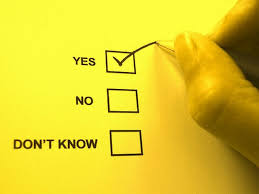 So Ad Gentes 7 supports Feeneyism and NA 2 etc are not exceptions to Feeneyism.
Vatican Council II is traditional on other religions and Christian communities.

Hindus, Buddhists, Jews, Muslims etc need faith and baptism (AG 7) to avoid Hell and go to Heaven and Orthodox Christians,Protestants etc  need Catholic Faith, which include the Sacraments through which Jesus saves, and the faith and moral teachings of the Catholic Church to avoid mortal sin and preserve Sanctifying Grace.

Cardinal Joao Braz de Aviz ,Prefect of the Congregation for Institutes of Consecrated Life and Societies of Apostolic Life and Fr.Fidenzio Volpi Ofm.Cap, the Apostolic Commissioner of the Franciscans of the Immaculate, must be asked to affirm a rational Vatican Council II.Ask them to  clarify that this is the Vatican Council II which they expect the Franciscans of the Immaculate to accept.

They must be asked to clarify that they do not expect the Franciscan Sisters of the Immaculate, to accept Vatican Council II in which all references to salvation are considered to be visible for us instead of invisible.

According to Canon Law they are expected to accept all the teachings of the Catholic Church. Cardinal Joao Braz de Aviz and Fr.Fidenzio Volpi must accept Vatican Council II in agreement with the dogma extra ecclesiam nulla salus as it was interpreted over the centuries, by the Church Councils, popes and saints.-Lionel Andrades

http://eucharistandmission.blogspot.it/2014/06/franciscans-of-immaculate-can-say-yes.html#links
Posted by Catholic Mission at 10:27 AM