All this must be clarified by the SSPX before they sign a doctrinal preamble.This is major doctrinal error in the Catholic Church which the CDF keeps hidden

Cardinal Luiz Ladaria S.J wants the SSPX to accept Vatican Council II while affirming that to obtain eternal salvation, 'it is not always necessary to  be incorporated into the Church actually as a member', but it is necessary that at least he be united to her by desire and longing.'(Letter of the Holy Office 1949) while the 2012 General Chapter Statement of the SSPX says the contrary,' 'we reaffirm our faith in the Roman Catholic Church, the unique Church founded by Our Lord Jesus Christ, outside of which there is no salvation nor possibility to find the means leading to salvation'. Every one needs to be incorporated in the Church for eternal salvation and there are no exceptions in 2014. 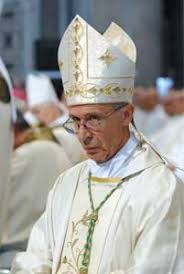 ARE THE DEAD VISIBLE AT THE CDF
The dead are not visible on earth. This is a fundamental principle the SSPX must remember.Ask the CDF to clarify this. Are the deceased now in Heaven visible on earth to us on earth for the CDF? Then how can there be exceptions in Vatican Council II to extra ecclesiam nulla salus? And if there are no exceptions in Vatican Council II how can the traditional teaching on other religions and Christian communities have changed ? If there are no exceptions to the dogma how can Cardinal Ladaria on the ITC papers, put forward a theology of religion and a new ecclesiology ? If there is no known salvation outside the Church why should the ' old ecclesiology be rejected?Is not Vatican Council  II traditional?
How can the Letter of the Holy Office say 'be incorporated into the Church actually as a member'. Who can name an exception in 2014 ? 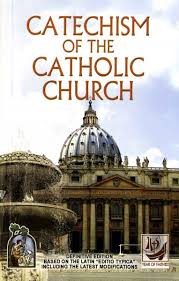 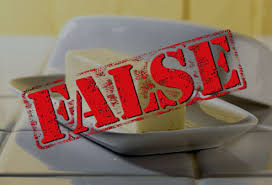 It is false since no magisterial text before the Letter of the Holy Office 1949 claims that there are known exceptions to extra ecclesiam nulla salus.

NO NEW REVELATION IN THE CHURCH

So how can it be said God is not limited to the sacraments when there is no New Revelation in the Catholic Church to contradict the thrice defined dogma extra ecclesiam nulla salus.
It is wrong since it would contradict Vatican Council II (AG 7) and the Catechism itself (846,1257).
It contradicts St.Thomas Aquinas who says the baptism of water is always needed for salvation.He never claimed that there were known exceptions to the dogma extra ecclesiam nulla salus.
All this must be clarified by the SSPX before they sign a doctrinal preamble.This is major doctrinal error in the Catholic Church which the CDF is  keeping hidden.
-Lionel Andrades

Franciscans of the Immaculate being forced to choose the right hand side column in the interpretation of Vatican Council II : conscience issue, injustice being done

In Catechesis in Catholic families the right hand column is used in the intepretation of magisterial documents, including Vatican Council II

CARDINAL JOSEPH RATZINGER MADE AN OBJECTIVE ERROR IN THE CATECHISM OF THE CATHOLIC CHURCH (N.1257)

Posted by Catholic Mission at 9:25 AM