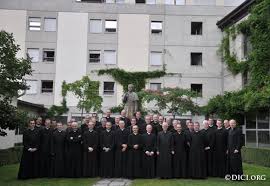 In the 2012 General Chapter Statement (GCS) the Society of St.Pius X (SSPX) affirmed extra ecclesiam nulla salus  with no exceptions and this was rejected by the Vatican. This was the doctrinal difference.No one writes or talks about it. 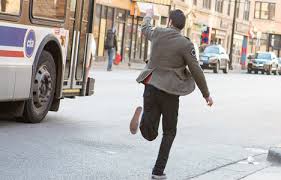 They missed an opportunity for reconcilitation.
Both sides use an irrational premise in the interpretation of extra ecclesiam nulla salus (EENS) which contradicts the GCS. Bishop Bernard Fellay, Fr.Pierpaolo Petrucci, the District Superior in Italy, Fr.Francois Laisney, author of the SSPX book critical of Feeneyism, use the Marchetti premise to interpret EENS.Likewise Cardinal Gerhard Muller,Cardinal Luiz Ladaria, Archbishop Augustine  Di Noia also use Marchetti's inference.Both groups are in the dark.

Vatican Council II ( premise-free) agrees with the strict interpretation of the dogma on exclusive salvation.Vatican Council II is in agreement with the SSPX position on an ecumenism of return and the need for all non Christians to formally convert into  the Catholic Church to avoid Hell and go to Heaven.Vatican Council II agrees with the GCS and cardinals Muller and Ladaria, the Prefect and Secretary of the Congregation for the Doctrine of the Faith, Vatican (CDF) will not announce this!!
The SSPX is correct in rejecting the Muller-Di Noia interpretation of Vatican Council II, which has the hermeneutic of rupture and is a rupture with EENS, the Syllabus of Errors etc.
The SSPX must identify the false premise. Ask the CDF to interpret the Council without the Marchetti irrational premise.

They must note that even the Catechism of the Catholic Church interprets EENS with the Marchetti premise which is that persons who are saved in Heaven are explcit exceptions on earth to all needing to formally convert into the Church for salvation. CCC 1257 says God is not limited to the Sacraments while the dogma tells us that God has chosen to limit salvation to the Sacraments. 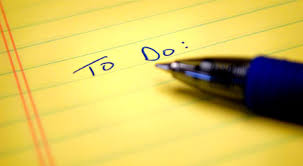 So who will ask Cardinal Muller to interpret Church documents without the irrational premise ? Who is going to ask him to not use the premise of being physically  able to see the dead now saved in Heaven ? Who will tell him that we cannot see in Heaven persons saved  with the baptism of desire or being saved in invincible ignorance? 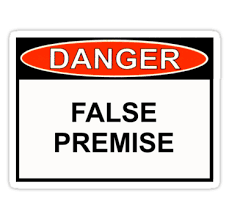 Whenever any one says that the baptism of desire and being saved in invincible ignorance are exceptions to EENS , he  is using the false premise.
1) He infers people in Heaven saved as such are explicit on earth to be exceptions. The dead for us,  now  in Heaven  are visible in the flesh!?
2) He infers he knows of people on earth who will be saved without the baptism of water and Catholic Faith.
So if anyone says there are exceptions to EENS it is irrational. It is fantasy. It is heretical and contradicts pre-1949 tradition.
Those who want to resolve this doctrinal confusion must identify the problem.
a) The baptism of desire and being saved in invincible ignorane are not exceptions to EENS.
b) All salvation mentioned in Vatican Council II do not refer to explicit exceptions to EENS.
c) Cardinal Francesco Marchetti-Selvaggiani did not know any one in 1949 saved outside the Church i.e without 'faith and baptism'.
d) Neither was there any Church document before 1949 which made this claim.The Council of Trent and Mystici Corporis for example, only mention the possibility of a person being saved with implicit desire or in invincible ignorance. They do not state that these cases are known to us in the present times or that they are exceptions to EENS. This has to be inferred and this  was wrongly inferred by Cardinal Francesco Marchetti-Selvaggiani, Cardinal Richard Cushing and the Jesuits in Boston.
3.There is nothing in Vatican Council II to contradict Ad Gentes 7 which says all need faith and baptism for salvation.So there is nothing in Vatican Council II to contradict the 'rigorist interpretation' of extra ecclesiam nulla salus.
The CDF/Ecclesia Dei are not expected to clarify these points in public.SInce they want 'good relations' with the Jewish Left.
The Left approves the magisterium, traditionalists, sedevacantists and others  interpreting Vatican Council II with the Marchetti error. It is a top priority with them.

For me, there is no change in the teachings of the Church  before and after Vatican Council II .Vatican Council II tells us that most people are on the way to Hell  at the time of death. Since they do not have 'faith and baptism'.It tells us that all non Catholics need to formally convert into the Church with 'faith and baptism' to avoid Hell and that Catholics have the promised Jewish Messiah. They  are the new people of God , the Chosen People ( Nostra Aetate).1 -Lionel Andrades

By the constant Magisterium the SSPX really means the Magisterium before 1949 which did not use the false premise
http://eucharistandmission.blogspot.it/2015/03/by-constant-magisterium-sspx-really.html


What makes a traditionalist or liberal ? It's the premise and EENS