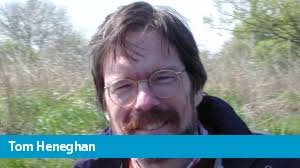 Here is a 2012 report by Tom Henegan, Religion Editor of  Reuters who was not aware of the Baltimore Catechism error which he used in the interpretation of Vatican Council II II. He makes the same mistake as Phillip Pullela (Reuters) and Nicole Winfield (AP).

Lionel:
By modernising reforms of Vatican Council II he means interpreting LG 16 etc as being explicit and known to us in the present times, instead of invisible and known only to God in personal cases.Tom Henegan was not aware of the irrationality in the Baltimore Catechism which was repeated in the Letter of the Holy Office 1949 to the Archbishop of Boston relative to Fr. Leonard Feeney.
Archbishop Gerhard Mueller, who took up his post as head of
the powerful Congregation for the Doctrine of the Faith (CDF) in
July, said in an interview to be broadcast on Saturday that the
Church could not negotiate away the fundamentals of its faith.
Lionel:
By 'fundamentals of the faith', he means Vatican Council II interpreted with an irrational inference.
His comments to North German Radio (NDR) were the first from
the Vatican on deadlocked talks meant to reintegrate the
Society

of Saint Pius X (SSPX) into the Church after a 21-year
schism over its implacable opposition to 1960s reforms.
Lionel:
They would be integrated if they accepted Vatican Council II in which LG 16 etc are explicit instead of implicit and so the Council would be a  break with the pre-1808 ecclesiology of the Church.
In recent weeks, SSPX leaders have indicated a two-year
series of talks with the Vatican had hit an impasse because
Rome's insistence that they accept reforms of the 1962-1965
Second Vatican Council was a deal breaker for them.
Lionel:
Tom Henegan is not aware that LG 16 etc can be interpreted as being invisible for us in the present times. So there are two options. Vatican Council II can be accepted as a break with the old ecclesiology or in harmony with the old ecclesiology.Neither the contemporary Magisterium or the SSPX seems aware of the choice.
"We cannot give away the Catholic faith in negotiations,"
Mueller said according to a pre-broadcast report by NDR.
"There will be no compromises here," he said. "I think there
now will be no new discussions."
Lionel: 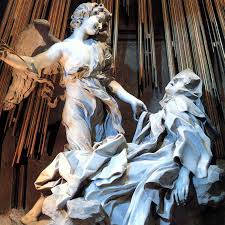 He means the SSPX has to compromise and interpret Vatican Council II with an irrationality which produces an irrational conclusion which is accepted by the Left.
So Vatican Council II becomes an irrational break with the spirituality and ecclesiology of St. Teresa of Avila whose feast day is celebrated today. The Council becomes a break with the Church Fathers and the Doctors of the Church.
The German-born Pope Benedict and the CDF, which the pontiff
led for over two decades under Pope John Paul, will now have to
decide what to do next with the SSPX, Mueller said.
The Swiss-based SSPX broke away from Rome in 1988 in protest
against the 1960s Council reforms that replaced Latin with local
languages at Mass, forged reconciliation with Jews and admitted
that other religions may also offer a path to salvation.
Lionel:
Vatican Council II admits that a person can be saved in another religion, if God wants it, but does not state that these cases are explicit or an exception to the dogma extra ecclesiam nulla salus.It's not there in the text.The Council also says all need faith and baptism for salvation (AG 7, LG 14). This would include the Jews.
NO BREAK WITH CATHOLIC TRADITION
Since becoming pope in 2005, Benedict has met the head of
the SSPX, promoted the old Latin Mass it champions and lifted
excommunications imposed on the group's four bishops when they
accepted ordination against Vatican orders.
Benedict's concessions to the SSPX caused a storm

of protest
from Catholics, Jews and Germans in 2009 when it emerged that
one of the bishops whose excommunication was lifted was a
notorious Holocaust denier and the Vatican did not even know it.
Lifting the excommunications meant the four bishops were
once again full members of the 1.2-billion member Church, but
they and the SSPX - which claims to have 500 priests and a
million

followers - had no official position or role within it.
In 2010, the Vatican launched closed-door theological
discussions with the rebels aimed at an agreement that would
make the SSPX a "personal prelature" or autonomous institution
in the Church similar to the conservative group Opus Dei.

Benedict insisted they must declare the Vatican Council and
Church doctrine since then as valid Catholic teaching.
Lionel:
They can still declare Vatican Council II as valid Church teaching by clarifying there are no known exceptions to the dogma extra ecclesiam nulla salus  in real life and that Vatican Council II does not mention any.LG 16 refers to theoretical possibilities known only to God and these cases too would be followed with the baptism of water, since this is the dogmatic teaching of extra ecclesiam nulla salus.Would the political Left and the contemporary Magisterium be willing to accept this rational interpretation of Vatican Council II ? Presently the contemporary Magisterium is using fantasy theology by alleging people in Heaven are there, without the baptism of waterand that these cases are known and seen in the present times( false premise). Then it is assumed that these cases are explicit exceptions to the traditional interpretation of Vatican Council II and the old ecclesiology( irrational inference).
Reuters has been repeating this irrationality as if it is important propaganda.
Denying this has been a core SSPX principle from the start
and SSPX leaders have said their discussions with the Vatican
aimed to "convert Rome" to return to the pre-Council Church.
Lionel:
In the pre-Conciliar Church before 1808 there were no known exceptions to the dogma extra ecclesiam nulla salus. The thrice defined dogma is central to both interpretations of Vatican Council II, the rational and irrational one.
Mueller, who crossed swords with SSPX traditionalists while
he was archbishop of Regensburg in Germany

before going to Rome,
rejected the group's central argument that the Council broke
with a Church's 2,000-year traditions.
Lionel:
If LG 6, LG 8, UR 3, NA 2 refer to explicit, objective cases in 2015 then the Council is  a break with the 2000-year traditions.
If LG 16 etc refers to implicit, invisible cases in 2015 then the Council is not a break with Tradition.
For Tom Henegan LG 16 etc is explicit. This is irrational.
"The Second Vatican Council does not contradict the Church's
overall tradition, but only some false interpretations of the
Catholic faith," he said.
Lionel:
For Cardinal Gerhard Muller also, LG 16 etc refers to objective cases. This can be read in an interview he gave to Edward Pentin for the National Catholic Register. Pentin asked him specifically about extra ecclesiam nulla salus.
-Lionel Andrades
http://articles.chicagotribune.com/2012-10-05/news/sns-rt-pope-traditionalistsl6e8l56nh-20121005_1_12-billion-member-pope-benedict-latin-mass


No denial from Phillip Pullela and Nicole Winfield

Posted by Catholic Mission at 9:26 AM