False profession of faith(Credo) made by popes and cardinals : recommended by Cd. Brandmuller, Msgr. Bux for Pope Francis

That is to say, Francis may be perfectly willing to repeat word-for-word the so-called “Credo of the People of God” that was professed by Paul VI on 30 June 1968.- Louie Verrecchio
https://akacatholic.com/beware-paul-vis-poisonous-profession/ 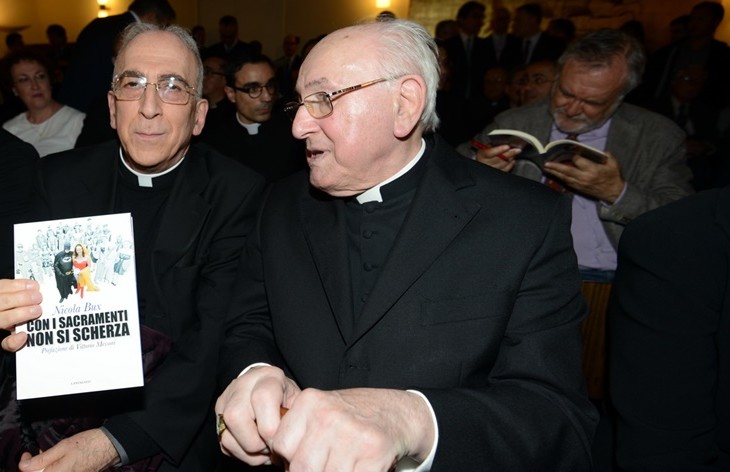 PROFESSION OF FAITH (Credo of the People of God)
8. We believe in one only God, Father, Son and Holy Spirit, creator of things visible such as this world in which our transient life passes, of things invisible such as the pure spirits which are also called angels,and creator in each man of his spiritual and immortal soul.
9. We believe that this only God is absolutely one in His infinitely holy essence as also in all His perfections, in His omnipotence, His infinite knowledge, His providence, His will and His love. He is He who is, as He revealed to Moses; and He is love, as the apostle John teaches us: so that these two names, being and love, express ineffably the same divine reality of Him who has wished to make Himself known to us, and who, "dwelling in light inaccessible,"is in Himself above every name, above every thing and above every created intellect. God alone can give us right and full knowledge of this reality by revealing Himself as Father, Son and Holy Spirit, in whose eternal life we are by grace called to share, here below in the obscurity of faith and after death in eternal light. The mutual bonds which eternally constitute the Three Persons, who are each one and the same divine being, are the blessed inmost life of God thrice holy, infinitely beyond all that we can conceive in human measure. We give thanks, however, to the divine goodness that very many believers can testify with us before men to the unity of God, even though they know not the mystery of the most holy Trinity.
The Father
10. We believe then in the Father who eternally begets the Son; in the Son, the Word of God, who is eternally begotten; in the Holy Spirit, the uncreated Person who proceeds from the Father and the Son as their eternal love. Thus in the Three Divine Persons, coaeternae sibi et coaequales,the life and beatitude of God perfectly one superabound and are consummated in the supreme excellence and glory proper to uncreated being, and always "there should be venerated unity in the Trinity and Trinity in the unity."
The Son
11. We believe in our Lord Jesus Christ, who is the Son of God. He is the Eternal Word, born of the Father before time began, and one in substance with the Father, homoousios to Patri,and through Him all things were made. He was incarnate of the Virgin Mary by the power of the Holy Spirit, and was made man: equal therefore to the Father according to His divinity, and inferior to the Father according to His humanity; and Himself one, not by some impossible confusion of His natures, but by the unity of His person.
12. He dwelt among us, full of grace and truth. He proclaimed and established the Kingdom of God and made us know in Himself the Father. He gave us His new commandment to love one another as He loved us. He taught us the way of the beatitudes of the Gospel: poverty in spirit, meekness, suffering borne with patience, thirst after justice, mercy, purity of heart, will for peace, persecution suffered for justice sake. Under Pontius Pilate He suffered—the Lamb of God bearing on Himself the sins of the world, and He died for us on the cross, saving us by His redeeming blood. He was buried, and, of His own power, rose on the third day, raising us by His resurrection to that sharing in the divine life which is the life of grace. He ascended to heaven, and He will come again, this time in glory, to judge the living and the dead: each according to his merits—those who have responded to the love and piety of God going to eternal life, those who have refused them to the end going to the fire that is not extinguished.
And His Kingdom will have no end.
The Holy Spirit
13. We believe in the Holy Spirit, who is Lord and Giver of life, who is adored and glorified together with the Father and the Son. He spoke to us by the prophets; He was sent by Christ after His resurrection and His ascension to the Father; He illuminates, vivifies, protects and guides the Church ( Lionel : The Holy Spirit does not teach that invisible for us baptism of desire (BOD), baptism of blood(BOB) and being saved invincible ignorance(I.I) are visible exceptions to the dogma extra ecclesiam nulla salus and so are examples of salvation outside the Church.This is a false teachig held by the popes from Pius XII to Francis.This is an innovation in the Church.It is a rupture with the teaching of the Holy Spirit to the magisterium of the Church in the 16th century, for example.
____________________________

; He purifies the Church's members if they do not shun His grace. His action, which penetrates to the inmost of the soul, enables man to respond to the call of Jesus: Be perfect as your Heavenly Father is perfect (Mt. 5:48).
14. We believe that Mary is the Mother, who remained ever a Virgin, of the Incarnate Word, our God and Savior Jesus Christ, and that by reason of this singular election, she was, in consideration of the merits of her Son, redeemed in a more eminent manner, preserved from all stain of original sin and filled with the gift of grace more than all other creatures.
15. Joined by a close and indissoluble bond to the Mysteries of the Incarnation and Redemption, the Blessed Virgin, the Immaculate, was at the end of her earthly life raised body and soul to heavenly glory and likened to her risen Son in anticipation of the future lot of all the just; and we believe that the Blessed Mother of God, the New Eve, Mother of the Church, continues in heaven her maternal role with regard to Christ's members, cooperating with the birth and growth of divine life in the souls of the redeemed.
Original Offense
16. We believe that in Adam all have sinned, which means that the original offense committed by him caused human nature, common to all men, to fall to a state in which it bears the consequences of that offense, and which is not the state in which it was at first in our first parents—established as they were in holiness and justice, and in which man knew neither evil nor death. It is human nature so fallen, stripped of the grace that clothed it, injured in its own natural powers and subjected to the dominion of death, that is transmitted to all men, and it is in this sense that every man is born in sin. We therefore hold, with the Council of Trent, that original sin is transmitted with human nature, "not by imitation, but by propagation" and that it is thus "proper to everyone."
Reborn of the Holy Spirit
17. We believe that our Lord Jesus Christ, by the sacrifice of the cross redeemed us from original sin and all the personal sins committed by each one of us, so that, in accordance with the word of the apostle, "where sin abounded, grace did more abound."
Baptism
18. We believe in one Baptism instituted by our Lord Jesus Christ for the remission of sins. Baptism should be administered even to little children who have not yet been able to be guilty of any personal sin, in order that, though born deprived of supernatural grace, they may be reborn "of water and the Holy Spirit" to the divine life in Christ Jesus.(False again. They do not believe in one known baptism for the forgiveness of sins but three known baptisms BOD, BOB and I.I and they exclude the baptism of water in the Church. This contradicts John 3:5 and Mark 16:16.There are exceptions to John 3:5 and Mark 16:16.Invisible cases of BOD, BOB and I.I are visible exceptions to the teaching in this Credo on baptism.
It also contradicts the Nicene Creed.Without this irrationality and innovation Vatican Council II ( Feeneyite) is not a rupture with Tradition.With this irrationality Vatican Council II ( Cushingite) the only Vatican Council II known to the popes and cardinals, becomes a rupture with Tradition(EENS and Syllabus of Errors).
_____________________________ 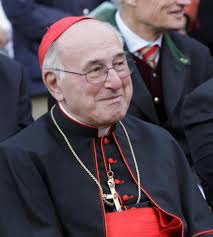 Brandmüller's Profession of Faith for the pope is meaningless : meaning of Nicene Creed has been changed

Posted by Catholic Mission at 1:20 PM

Labels: Credo of the People of God, False reasoning from the Letter is all over Vatican Council II: Abp Lefebvre did not notice it -3, Professionof Faith