Roberto dei Mattei still cannot state that Lumen Gentium does not contradict the strict interpretation of the dogma extra ecclesiam nulla salus(EENS).Neither will he affirm the dogma EENS according to the missionaries and Magisterium of the 16th century. 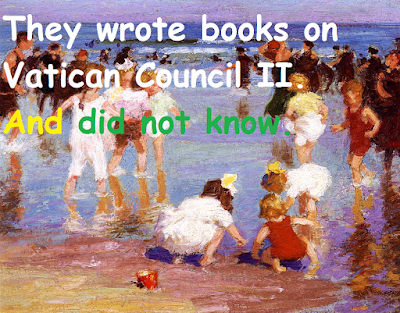 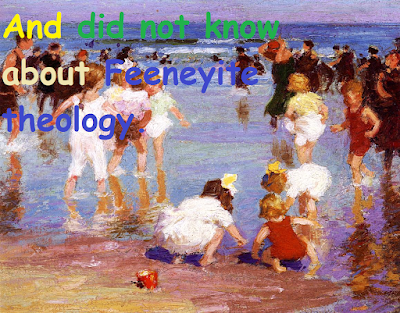 The Nota explicativa praevia, [preliminary explanatory note] desired by Paul  VI to save the orthodoxy of the document, was a compromise between the principle of the primacy of Peter and that of the collegiality of the bishops. That which took place with Lumen Gentium also occured with the conciliar constitution Gaudium et Spes, which placed on the same level the two ends of matrimony: procreative and unitive. Equality in nature does not exist. One of the two principles is destined to assert itself over the other. And, as is the case in matrimony, the unitive principle prevailed over the procreative, so in the case of the constitution of the Church, the principle of collegiality is imposing itself on that of the Primacy of the Roman Pontiff.

Lionel: Roberto dei Mattei still cannot state that Lumen Gentium  does not contradict the strict interpretation of the dogma extra ecclesiam nulla salus(EENS).Neither will he affirm the dogma EENS according to the missionaries and Magisterium of the 16th century.
He still finds it difficult to say that Vatican Council II is not a rupture with the Feeneyite interpretation of EENS. The Letter of the Holy Office 1949 made an objective mistake.
__________________

The Pope is he in whom this visibility of the Church is concentrated and condensed. This is the meaning of the phrase of Saint Ambrose Ubi Petrus ibi ecclesia[6], (Where Peter is, there is the Church) which presupposes to the other saying, attributed to Saint Ignatius of Antioch: Ubi Christus, ibi ecclesia[7]. (Where Christ is, there is the Church). There is no true Church, outside of that founded by Jesus Christ, Who continues to guide and assist her invisibly, while her Vicar visibly governs her on earth.
Lionel: Every one does not need to enter this Church for him. Since Lumen Gentium 8, Lumen Gentium 16 etc refer to explicit cases of non Catholics saved outside the Church. So Vatican Council II becomes a rupture with the old ecclesiology and an ecumenism of return. So he rejects Vatican Council II.
When I mention that Lumen Gentium 8 etc refer to unknown cases in 2018 and so Vatican Council II is not a rupture with the past ecclesiology, he has no comment. He will continue to write about the Council being a rupture with extra ecclesiam nulla salus, for him.
________________________

There is only one Catholic Church, in which today cohabitate in a confused and fragmentary way, different and counterpoised theologies and philosophies.

Lionel: For him unknown cases of the baptism of desire are known. Invisible people saved in invincible ignorance are visible. This is his philosophy.
For him since there are known people saved outside the Church, not every one needs to enter the Church. This is the New Theology which he accepts with the liberals.

In the case of a heretical Pope

Lionel: For Roberto dei Mattei to assume the baptism of desire etc are exceptions to traditional extra ecclesiam nulla salus, is to support heresy. This heresy comes from the Letter of the Holy Office 1949 which is Magisterial.

the heresy becoming manifest or notorious, and publicly spread.

Lionel: Today in general the traditionalists reject the dogma extra ecclesiam nulla salus as it was known to the missionaries in the 16th century.
They also interpret Vatican Council II with the false premise. They assume for example, Lumen Gentium 8 refers to known people saved outside the Church with 'elements of sanctification and truth'. This is an objective error. It is a philosophical error. Then the traditionalists accept the New Theology which states outside the Church there is salvation.
This is manifest heresy and it is a rejection of the past ecclesiology of the Church by using a false premise.
__________________

To speak means, above all, to witness publicly one’s own fidelity to the Gospel and to the immutable Catholic truths, denouncing the errors which counteract it.
Lionel: Roberto dei Mattei could begin by affirming the dogma extra ecclesiam nulla salus without the baptism of desire, baptism of blood and being saved in invincible ignorance explicit exceptions.He could then ask Fr. Jean Marie Gleize, whom he has quoted in his article,  and the SSPX bishops and also the popes to do the same.
He could announce that for him Vatican Council II is not a rupture with the dogma extra ecclesiam nulla salus.It is not a rupture with the Syllabus of Error. It is not a rupture with the past ecclesiology with an ecumenism of return.
He could announce that Archbishop Marcel Lefebvre did not know about this alternative interpretation of Vatican Council II which was not a rupture with Tradition.
-Lionel Andrades 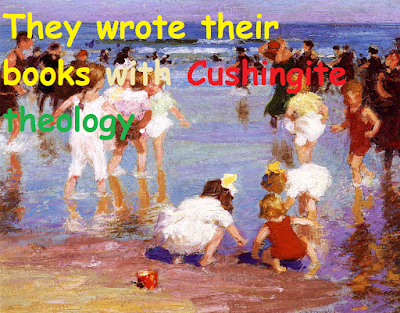 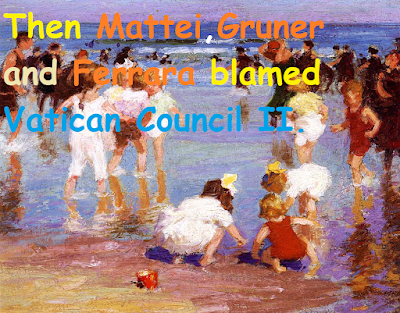