Vatican needs to apologise for the excommunication of Fr. Leonard Feeney and Archbishop Marcel Lefebvre

The Slaves of the Immaculate Heart of Mary(MICM) at the St.Benedict Center, Still River, Massachusetts have been granted canonical status by Bishop Robert J.McManus, the bishop of Worcester.It  is approved by the Vatican (CDF/Ecclesia Dei).The Decree recognizes that the MICM is in accord with the Magisterium.

Once again an appeal is made for  an apology from the Vatican for the excommunication of Fr. Leonard Feeney and Archbishop Marcel Lefebvre.The excommunication was  based upon a doctrinal error, an  irrational interpretation of Vatican Council II and the dogma extra ecclesiam nulla salus(EENS). 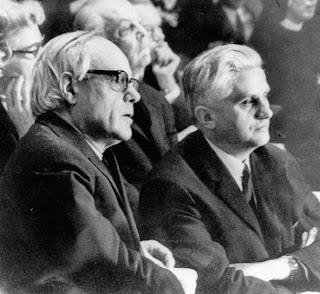 1.The Congregation for the Doctrine of the Faith(Holy Office 1949) made a mistake when they assumed invisible cases of the baptism of desire(BOD), baptism of blood(BOB) and being saved in invincible ignorance(I.I) were visible and known exceptions to Feeneyite EENS.They were examples of salvation outside the Church.This was the possibilities -are- exceptions- error. 1 So Fr.Leonard Feeney was correct while the Holy Office 1949 (CDF) was irrational in its philosophy and new theology.The Jesuit at Boston was orthodox on salvation doctrine.While the Holy Office and the Jesuit community were heretical.

2.Pope John Paul II and Cardinal Joseph Ratzinger, Prefect of the Congregation for the Doctrine of the Faith,were wrong to excommunicate Archbishop Lefebvre.The central issue was Vatican Council II. Vatican Council II was interpreted by the magisterium with BOD,BOB,I.I,LG 16, LG 8, UR 3 etc ,which were hypothetical possibilities, as being  exceptions to the dogma EENS.They were mistaken for being examples of known salvation outside the Church.So for the magisterium, Vatican Council II became a rupture with Tradition.It contradicted EENS, the Syllabus of Errors and the past ecclesiology of an ecumenism of return.

So Archbishop Lefebvre correctly  rejected this interpretation of the Council.

Pope John Paul II and Cardinal Ratzinger instead should have clarified that Vatican Council II with LG 16 etc referring to hypothetical and theoretical cases, were not relevant or exceptions to the dogma EENS.They were not exceptions to EENS as it was interpreted for example by the missionaries in the 16th century.They should have announced that the theologians at Vatican Council II made a mistake.Possibilities could not be exceptions to the Feeneyite interpretation of the dogma EENS,since possibilities are not concrete people in our reality.
But may be this was not known to them.
It was not known to Archbishop Lefebvre.

It was not known to the SSPX bishops and traditionalists of that time Dietrich von Hildebrand and Alice von Hildebrand, Michael Davis.

Pope John Paul II and Cardinal Ratzinger needed to announce that Vatican Council II, without the irrational premise, is in harmony with the strict interpretation of the dogma EENS and the ecumenism of return.There was no conflict with the Syllabus of Errors.

They did not do this.

Since Pius XII this error was made by the popes.It is repeated today by the SSPX bishops.2.

The mistake is not corrected for the  communities of Fr. Leonard Feeney, the Slaves of the Immaculate Heart of Mary, in the USA.

The community at Still River,MA was granted canonical status last month, but there is no clarification on the doctrinal issue for Catholics at large.

The diocese of Worcester still interprets Vatican Council II and EENS with the irrational premise.Possibillities are exceptions to the dogma EENS is their doctrine.Vatican Council II a rupture with EENS and EENS is a rupture with EENS as it was known in the 16th century since They support Cushing and John Courtney Murray.invisble BOD,BOB and I.I are visible exceptions to EENS for the magisterium.

So the message still is that Fr. Leonard Feeney was wrong and Archbishop Cushing and the Jesuits were correct.The SSPX must adapt today to the irrational imterpretation of Vatican Council II for canonical status.

Bishop McManus,the two popes and the CDF are still in a rupture with the magisterium of the past.They are ignoring this.They are passing off the possibilities are exceptions error as the authentic magisterium of the Church.Their  philosophy violates the Principle of Non Contradiction 3 and is not part of the Catholic deposit of the faith.Their official theology depends upon seeing on earth non existing people.

The CDF must announce that interpreting Vatican Council II without the irrational premise is the deposit of the faith.


The same announcement must be made by Bishop Athansius Schneider who represents the Vatican and the SSPX.He must not  ask for a Syllabus of Errors based on the irrational interpretation of Vatican Council II.

Also Chris Ferrara and Roberto dei Mattei it is hoped will announce that when they wrote their books on Vatican Council II, they were unaware that Vatican Council II and EENS could be interpreted without the irrational premise.

Their books are now obsolete as are the writings of Archbishop Marcel Lefebvre.
-Lionel Andrades

10. Exclusivist ecclesiocentrism—the fruit of a specific theological system or of a mistaken understanding of the phrase extra ecclesiam nulla salus—is no longer defended by Catholic theologians after the clear statements of Pius XII and Vatican Council II on the possibility of salvation for those who do not belong visibly to the Church (cf, e.g., LG 16; GS 22)...'-International Theological Commission, Christianity and the World Religions(emphasis added)
http://www.vatican.va/roman_curia/congregations/cfaith/cti_documents/rc_cti_1997_cristianesimo-religioni_en.html

The same declaration (LG, 8) also recognizes the presence of “salvific elements” in non-Catholic Christian communities. The decree on ecumenism goes even further, adding that “the Spirit of Christ does not refrain from using these churches and communities as means of salvation, which derive their efficacy from the fullness of grace and truth entrusted to the Catholic Church.” (UR, 3)

Such statements are irreconcilable with the dogma “No salvation outside of the Church, which was reaffirmed by a Letter of the Holy Office on August 8, 1949". - Bishop Bernard Fellay (April 13, 2014 ) Letter to Friends and Benefactors no. 82

November 7, 2017
Bishop Robert J.McManus and Brother Thomas Augustine interpret Vatican Council II with the 'possibilities are exceptions' error since this was the mistake in Vatican Council II itself(LG 14 etc)
http://eucharistandmission.blogspot.it/2017/11/bishop-robert-jmcmanus-and-brother_7.html

March 28, 2016
The excommunication of Archbishop Lefebvre by the CDF Prefect, like that of Fr.Leonard Feeney by the Holy Office (CDF) in 1949, was an injustice.There was no known salvation outside the Church
http://eucharistandmission.blogspot.it/2016/03/the-excommunication-of-archbishop.html 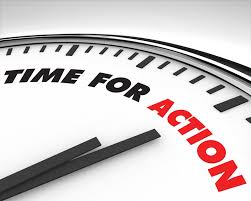 http://eucharistandmission.blogspot.it/2016/05/sspx-is-wasting-time.html
Posted by Catholic Mission at 11:50 AM

Labels: Vatican needs to apologise for the excommunication of Fr. Leonard Feeney and Archbishop Marcel Lefebvre